Another Falcon for Paramount

Another Falcon for Paramount 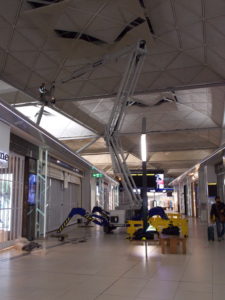 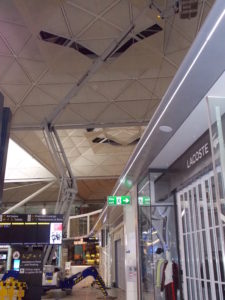 The FS330Z features a dual sigma riser, telescopic boom and articulated jib, offering almost 19 metres of outreach at an up & over height of 10 metres.

The new platform joins a number of first generation Falcon/Falck Schmidt spider lifts in the Paramount fleet and went straight out on a job at Stanstead Airport, joining two other Falcon spider lifts working the night shift at the airport.

Lee Kerr of Paramount, said: “We needed the new Falcon for this particular job as the low driving height of less than two metres were needed to pass through ordinary double doors. Also the long unmatched side reach of up to 19 meters was needed to carry out the work. We also needed two of our wheeled Falcon spider lifts in Stansted. Due to the low ground pressure and the fact that the only way reach some of the work is through a single doorway. Thanks to the jib arm we were able to reach the job.”

The Falcons are working airside during the night

Falcon sales director Brian Falck Schmidt, added: “We, at Falcon Lifts are very pleased with the long term relationship and the good cooperation that we have had with Paramount over the years, and of course we are very pleased when customers are satisfied with our products and keep coming back. This is always the best recommendation a brand can get.”